Additional notes on the demise of Winter, that SOB.

March 20, 2013
This week we will see overnight lows in the thirties, maybe even the twenties, but there is considerably less consternation about this than in recent weeks. Southerners recognize the death throes of winter when they see them and the general feeling is that we have turned the corner on some things around here. Jonquils, for example, have been blooming for weeks now and the red buds are well along too. The seventy degree mark was reached and surpassed on three successive days last week. Many of us have mild sunburns that can speak to that.

Also, the carp are moving. They are gathering on the north end of the reservoir I fish, near their primary spawning grounds. On Sunday I found carp in virtually every place I looked there. 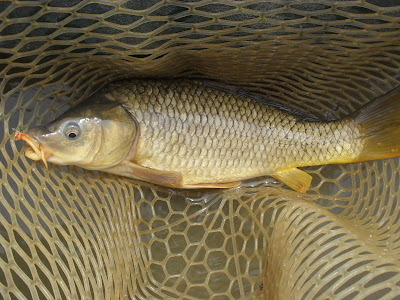 And I caught them. Or some of them. Not twenty-nine by a long stretch, but a few. Been awhile since I've been able to say I caught "a few" carp on a trip.  Another corner.

It should be noted that the first three fish fell to one of Matt Pike's Orange Egg Bitters.  I received this fly in the McTage Swap and have been looking forward to giving it a go with the locals. They seemed to approve: 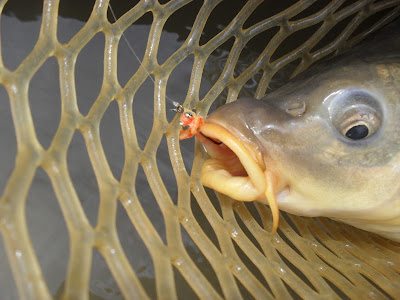