April 17, 2013
Larval stages of Chironomidae can be found in almost any aquatic or semiaquatic habitat, including treeholes, bromeliads, rotting vegetation, soil, and in sewage and artificial containers. They form an important fraction of the macro zoobenthos of most freshwater ecosystems. They are often associated with degraded or low biodiversity ecosystems because some species have adapted to virtually anoxic conditions and are dominant in polluted waters - Wikipedia.

So to summarize - an extremely adaptable organism that can be found in a variety of aquatic environments, even degraded ones. 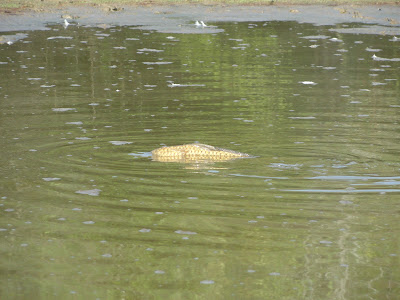 I've been fishing midge larva patterns lately and the carp are showing a fair amount of enthusiasm for them. They seem to have a preference for black and other dark colors. They won't go near white or cream. 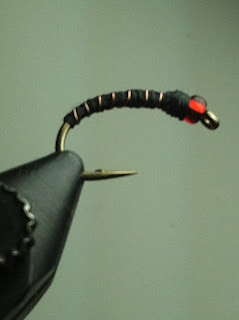 I wonder how significant midges are as food source for stillwater carp. Guess that's a question better left for the biologists, but I do know that midge larva patterns have earned a few slots in my stillwater box.
Carp chironoblahblahblah fly stuff sewage and other ecosystems 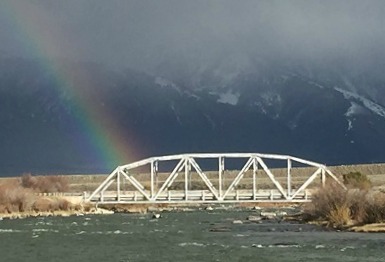 God said we could fish here.

Not in so many words, but I think He was ok with it.

Looking upstream at Three Dollar Bridge on the Madison a few weeks ago. Sleeted on us all day. The sun showed up just long enough to throw this rainbow up through the clouds.

Non-anglers don't realize that fish are only part of the equation. Often the smallest part.