Our own story is a bit shorter and consists mainly of lessons learned.  To sum it up - we did ok.

Twenty two teams were in the tournament and only four of those scored 5 or more fish. We managed two and to be honest should have boated at least a third.

Max scored our first fish of the day. We were off to a good start and I figured his hat alone would be worth two or three more fish. 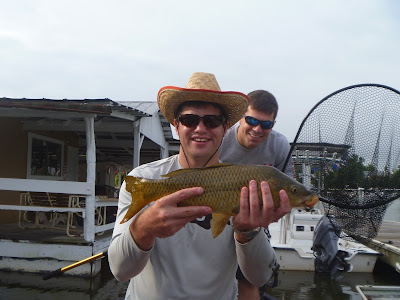 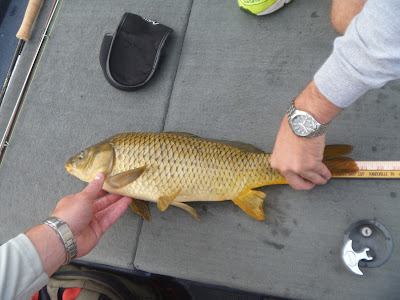 I nailed my fish later that afternoon, a 25.5 incher. Broke one off just like him a few minutes before. Dammit. 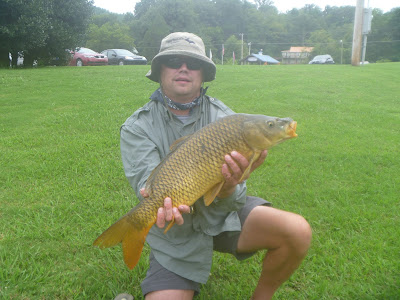 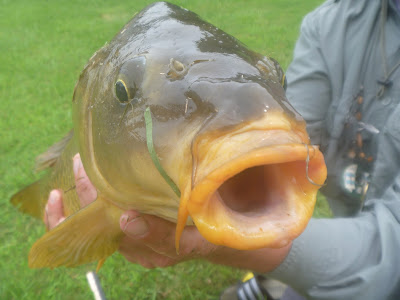 Given that our primary goals for the 2013 Cup were to have fun and not fall out of the boat, I'd say our tournament was an unqualified success. We'll be back in 2014, but with loftier goals and a much different game plan.
Carp Cup