August 10, 2013
Tailing catfish out on the flats a few days ago. A rarity to say the least. When I saw the gray tail flashing in and out of the water, I thought maybe it was a grassie - the world's smallest grassie.

So I put the Mean Old Dirty Frisco on him and he charged it like nobody's business. 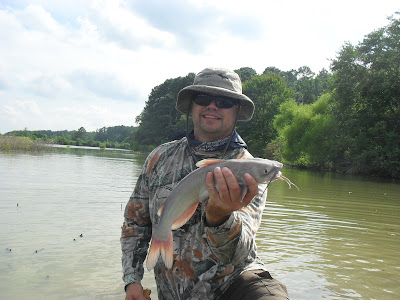 Not the first time the Mean Old Dirty has proven its catfish worthiness.

Also caught a few of these: 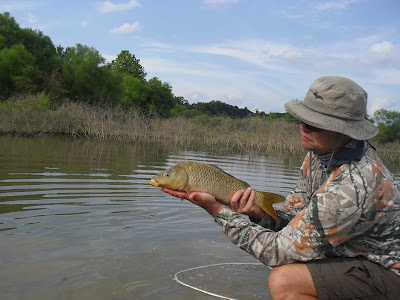 Tried very hard to get a grassie, but only saw a couple and they were in no mood to be bothered. Reckon that would be a pretty rare trifecta - channel cat, common, grassie.
Carp channel cat Georgia