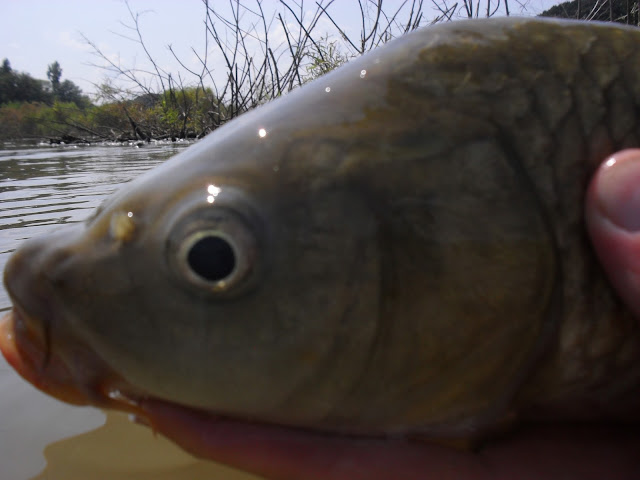 No shortage of fish up on the flats. They could be caught but casting accuracy was critical. The target area was extremely small and any fly hitting outside of this zone was not in play.

Here was the formula:

One inch from the nose = a take. Maybe.

Two inches from the nose = possibly a take. But probably not.

Three inches from the nose = A vicious, bone-jarring strike. Just kidding. These were nearly always ignored.

The water is extremely shallow and fairly clear on the flats, so drag-and-drop could not be counted on to work consistently. The good news is that dapping was possible provided liberal doses of stealth and patience were applied. I often simply held my ground and waited for a cruising carp to come to me. The numbers of fish made this a profitable tactic.