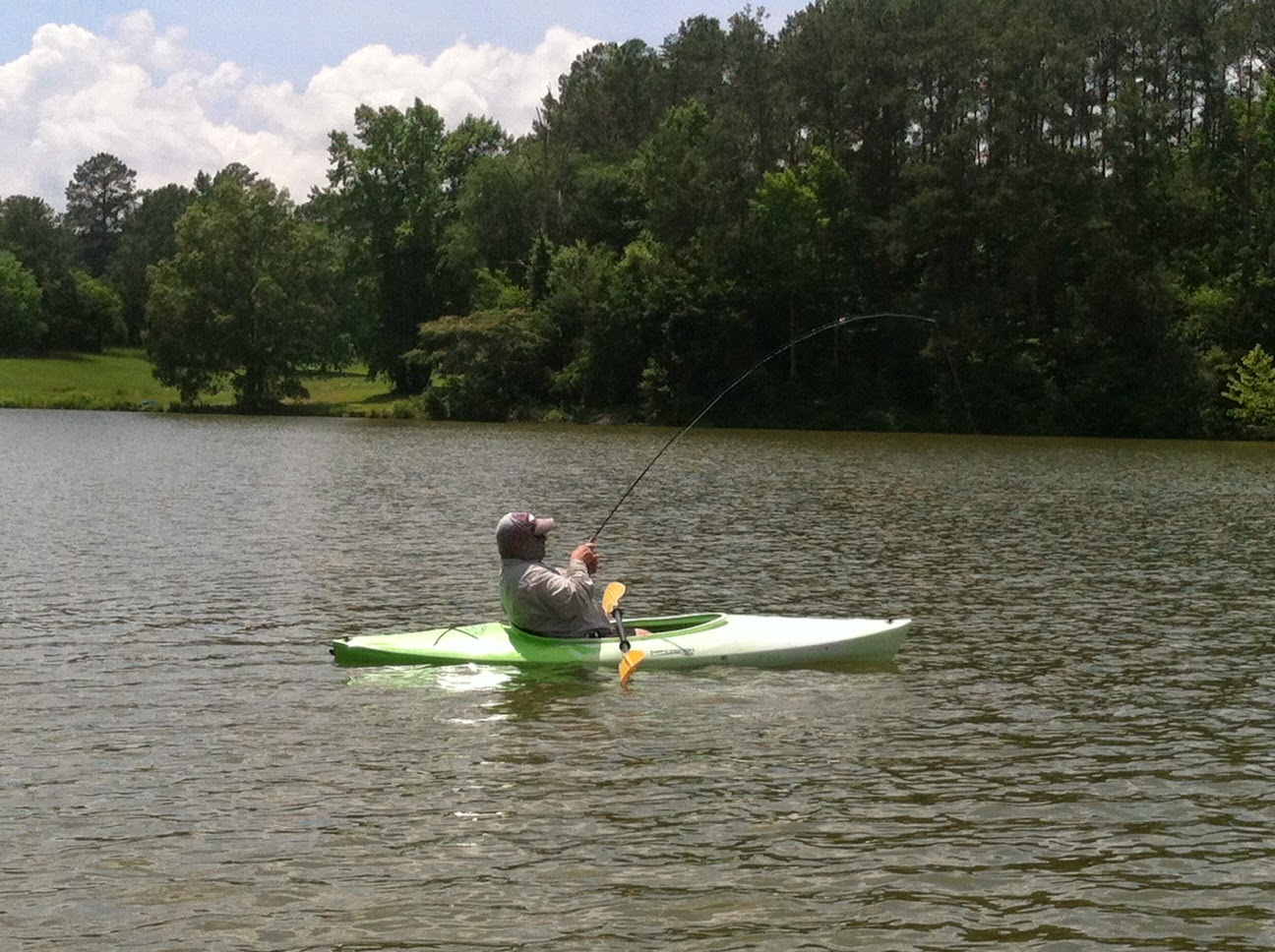 Detecting the subtle take of a carp can be a fairly mysterious transaction for the uninitiated - equal parts luck, skill and maybe outright voodoo.

Mostly what it is though is experience. The more takes you see, the better you get at detecting them and reacting accordingly. Probably not a stretch to say that one successful hook-up begets another.

I saw this play out vividly in an outing this weekend with a friend from South Cackalacky. Although Elly isn't new to carping, his experience is far different than the stalking/soft-hackle-on-a-dinner-plate angling that marks my local flats. We discussed how the carp here typically eat a fly and what that might look like, but words can only take you so far. The first couple of hours were a muddy stew of near misses and frustration brought to a slow simmer in the first Georgia heat wave of the year.

We paused for a celebratory beer and Elly then proceeded to stick carp left and right. Tailers, crawlers, cruisers - he caught them all. It was actually a pretty impressive display of fly rod carping. But it took the experience of those missed carp early in the trip and that initial hook-up to set the stage for later success. 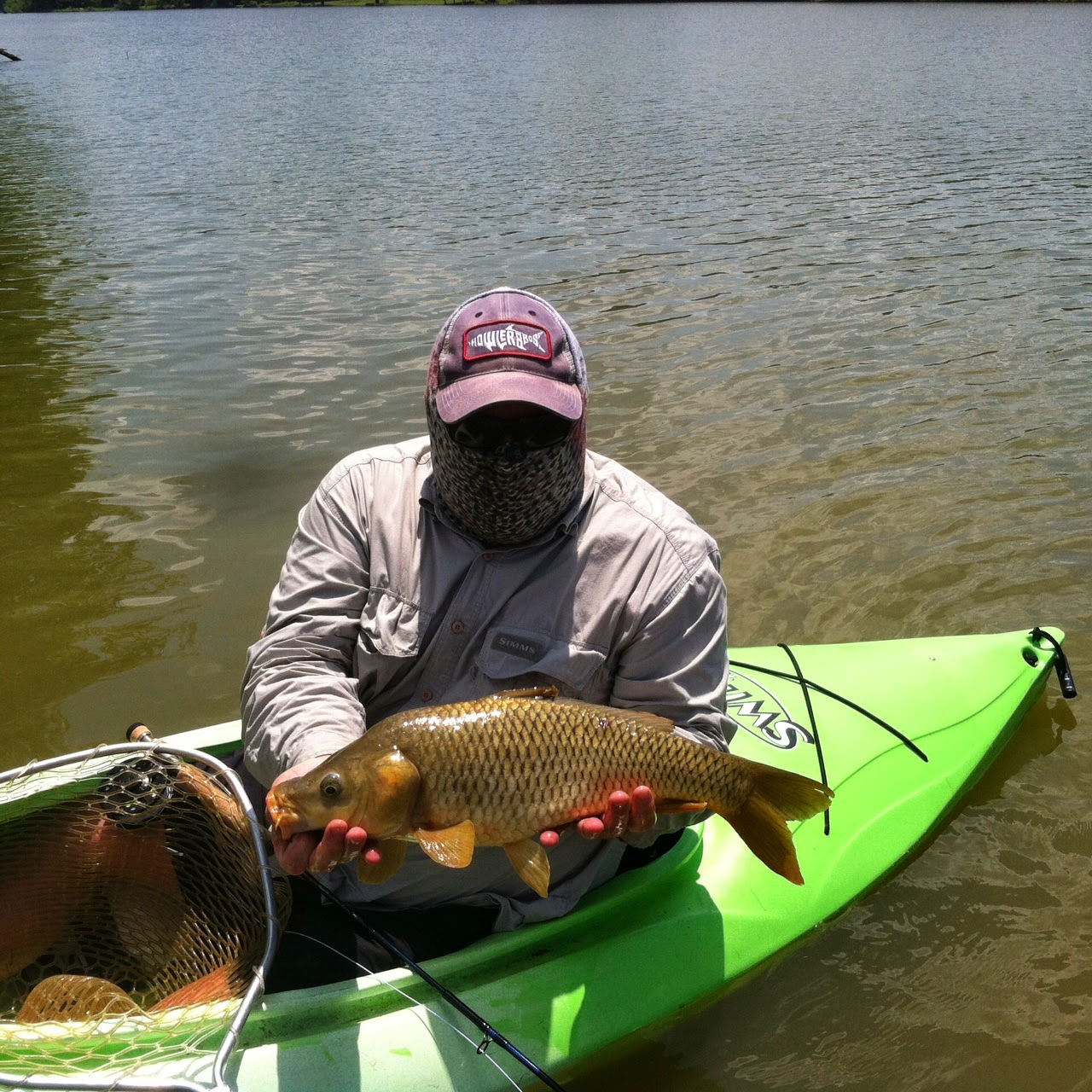