Cats on the flats. 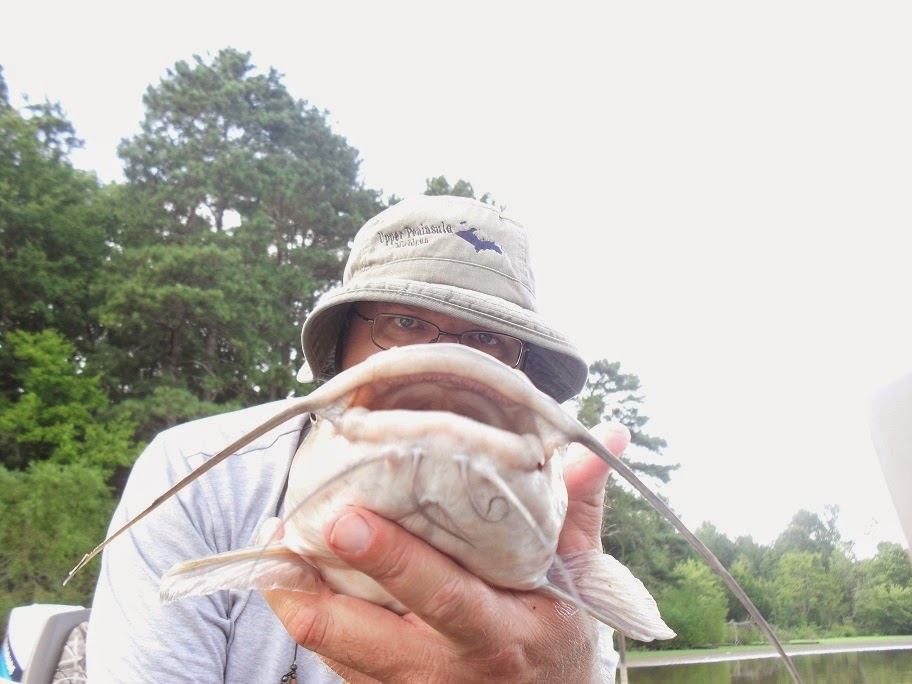 Weird fish. Either uber-aggressive or uber-wary. No middle ground. They'll either chase the fly down from five feet away or hard-spook the instant it hits the water and disappear.

I'm finding them with some regularity on the flats around here, but their temperament varies and I never know what to expect. Today the switch was apparently flipped to aggression. The fish above hunted a Mean Old Dirty Frisco down from three feet and hammered it with extreme prejudice in a violent, slashing take.

The catfish were in general raising all sorts of hell on the flats this afternoon, charging around in muddy swirls and long v-wakes. I have reason to believe they may actually bully carp into leaving the area. Nothing can be proved of course. It's a hunch. But there sure seem to be fewer carp around when the cats are out in force and in attack mode.
cats channel cat Georgia some weirdness