Five days in Michigan. No carp. Actually there was one that I sorta kinda caught, but I guess I have to say I got blanked.  Five carp broke me off and the one I landed, well, I'll post on that once the bitterness has ebbed a bit. Fly Carpin' and Galvin and Carp Juggler Miles managed to land a few. The bastards.

This was our toughest trip up there. Timing is everything and the best we could figure is that we were about a week early.  It is of course unpredictable. You know the sweet spot will be sometime in June within about a three week window. You schedule your week and hope for the best. The past few years we've done pretty well, with 2015 probably being tops.  This year, not so much.

On a much more positive note, I had a couple of articles come out in June. Below are links if you would like to pick up copies:

Short piece in TFFJ on the difficulty of balancing life as an angler and as a father. I usually get it wrong and suffer a fair amount of angst about that. 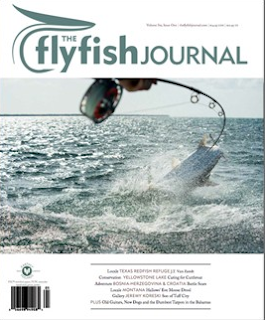 An article in EFF on Sycamore Creek, one of my favorite wild trout streams. And seriously, my friend was not happy about that one appearing in print. 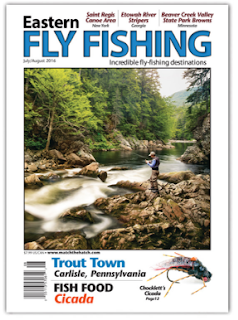